The visualisations are based on a small dataset that shows the path of postal surveys among a network of people, connected to William Robertson (1721–1793). The data is the result of research by Dr. Ida Federica Pugliese, at the Moore Institute in NUI Galway.

The objective was to create a set of visualisations suitable for use by Ida during a conference presentation: “Questionnaires and Scholarly Networks in the Enlightenment”, given at the The Republic Of Letters Goes Digital Conference, NUI Galway, Ireland, 20 March, 2015.

The visualisations were created using a process that relies on a number of tools:

The data was provided as a single Excel file, with two sheets, one for the Nodes, and one for the edges. To prepare it for use in Gephi, there was some minor formatting needed:

Once the data preparation was complete, each sheet was saved as a .csv file.

Create a new graph in Gephi, and import the two .csv files inside the Data Laboratory tab.

Because some of the visualisations we were interested in uses geo-data, it was important to set the datatype for the Latitude and Longitude columns as Double. This will avoid problems (which I encountered the first time I did this) later when creating geographic layouts with the network data.

To create the diagrams showing the network colour-coded by Profession or Location, use the Partition > Nodes tab. Select the dimension you want to use from the dropdown list (click the circular refresh button first if necessary). 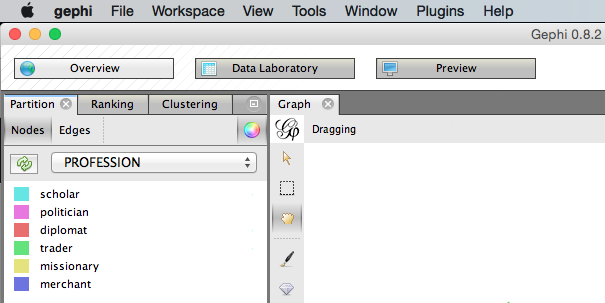 This data dealt with people in set physical locations, initially given by a city location, but updated to include a latitude and longitude. There were two steps used to display the network on a map:

Note: Another option is to use the MapOfCountries plugin to display the background map within Gephi. 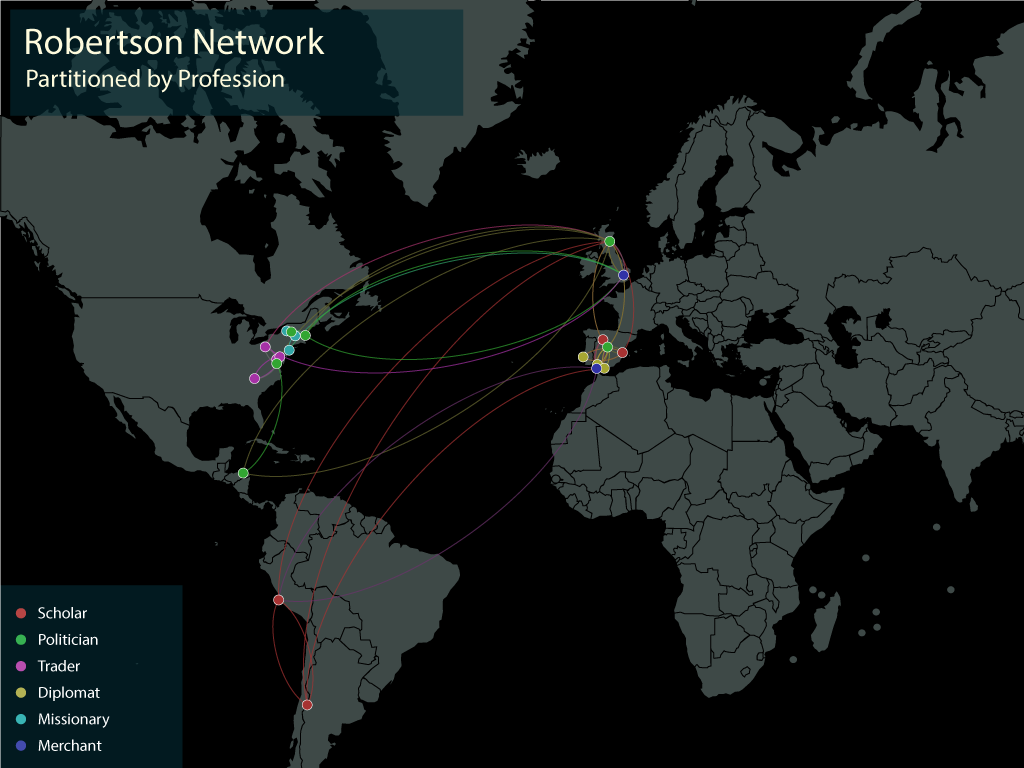 Cleaning up the Design

I found that Gephi gives you only so much control over the design of its output. For this reason, each .svg file was opened in Adobe Illustrator, and a variety of changes were made.

In general, the types of updates to each graph included: