A work-in-progress interactive visualisation of a citation network (graph) of the College of Arts, Social Sciences, & Celtic Studies, and Business, Public Policy & Law. It shows co-authored publications listed by researchers across the Colleges’ various disciplines. 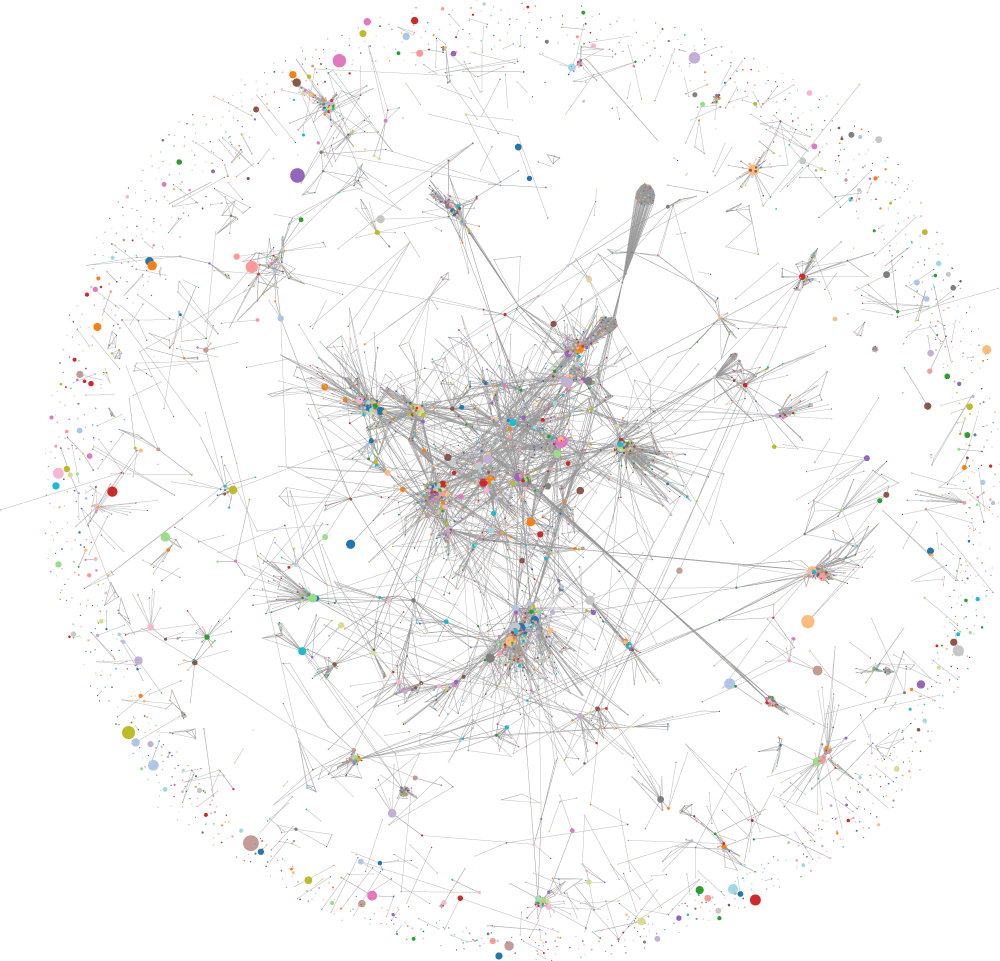 This is a (very) rough first pass using data that displays over 5900 people, and the co-authorship connections between them; the size of the circles illustrates the number of publications of the researcher. The illustration includes people from outside of NUIG, if they have been listed as a co-author on a paper with an NUIG researcher.

Given that it’s a first pass, there are some pretty serious health warnings with the data – mainly to do with requirements around cleaning it. The data was gathered by scraping unstructured HTML citation listings, which means that there’s a significant amount of clean-up work to be done before a final (interactive) version can be published.

This version of the interactive graph was created in a browser using D3.js; it was exported to an SVG file using a slightly adapted version of the very useful SVG-Crowbar created by the New York Times.