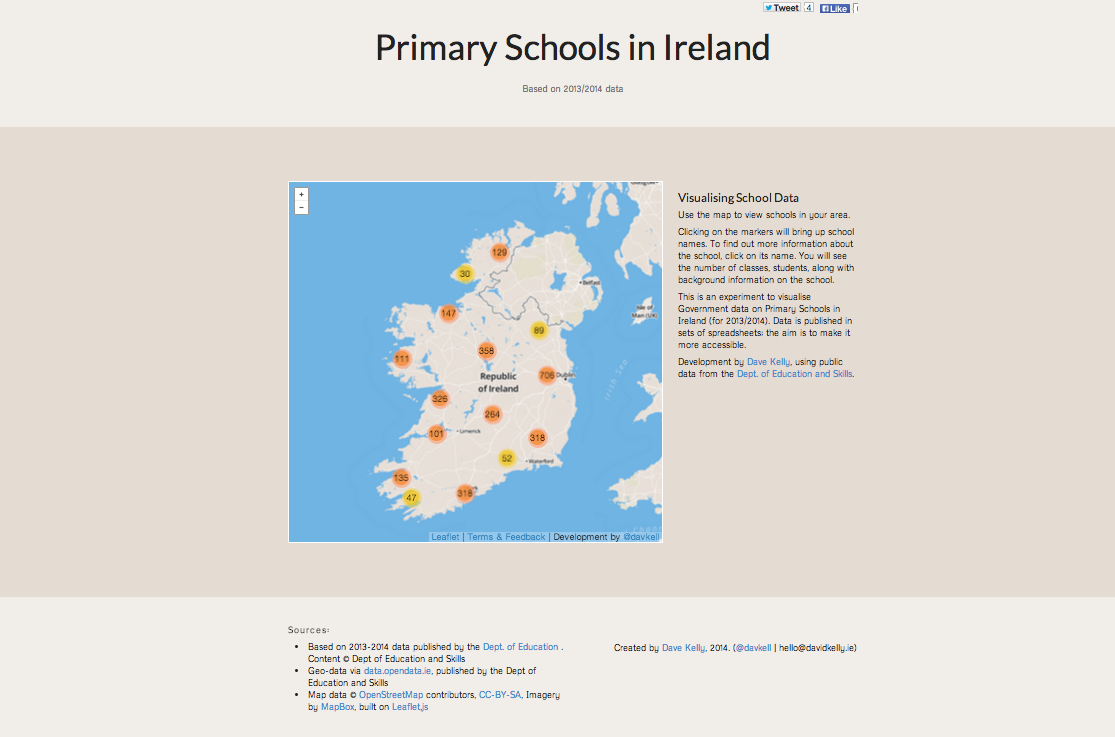 I’ve put an early version of some data visualisation work I’ve been playing with up at schools.davidkelly.ie.

I’ve been interested in the types of open data that are available in Ireland, and because primary schools are something we’ve been looking at anyway, it seemed like a good place to start experimenting. I found data published by the Dept. of Education & Skills that lists the mainstream primary schools for 2013/2014 (data updated 1st July, 2014), along a separate dataset that lists class-sizes in those schools, and another (published on data.opendata.ie) that had already geo-coded all the schools.

In the first version published, over 3,100 primary schools are mapped in clusters. Zooming in on the map will display schools as individual pins. Clicking on a pin will show the school name, which can be used to display more detailed background information on the school, and its associated class-size data.

The next step is to use some charts to explore the data a little more.

It wouldn’t be a first version if there weren’t some problems.

Thoughts, suggestions, and any problems found are welcome…